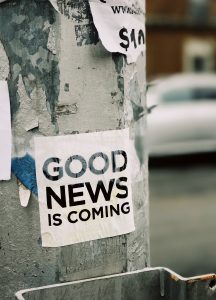 Photo by Jon Tyson on Unsplash

At election times you’ll hear some mayoral candidates making sweeping statements about what they’ll change. It might make you feel cynical, and rightly so, if you understand what a mayor does.

How much power does a mayor actually have? If things are working properly, then not all that much. If you read the papers, or listen to some mayoral candidates, you’d think that a mayor can dictate the direction of council. They can’t really do this. In fact that’s not really the mayor’s role. The functions of the mayor are covered in the Local Government Act Section 27. It comes down to leadership, representation, governance and ceremony.

Let’s look at these in reverse order.

Ceremonial functions are things like citizenship ceremonies. This is, for some people, their only interaction with council and the mayor is the figurehead who provides a public face for the bureaucracy.

Representation is acting as spokesperson and accurately presenting the council’s position (regardless of how the mayor personally voted on an issue). Mayors still only get one vote the same as all the other councillors. The mayor might have a personal opinion on something, which they are quite welcome to express, but their role as a representative of council is to communicate the council’s opinion, not their own.

Governance is ‘doing things right’. There are all sorts of rules, whether in legislation or regulation, that are there to make sure councillors and council officers are doing things right. Unless these rules are adhered to, and seen to be adhered to, there is room for corruption, cronyism and nepotism to corrode good governance. The councillors employ a general manager to oversee management but retain an oversight responsibility to ensure that things are being done right.

Leadership is ‘doing the right thing’. Councillors are elected by the community to represent them and to make decisions on their behalf. A great deal of trust is being placed in those elected members. The mayor has a role in leading the council to ensure that it is doing what the community expect from it.

So, at this October’s council elections, take a look at the promises of your mayoral candidates. By all means, hear what they believe, what they are passionate about, what gets them up in the morning. Those are the things that will make them a councillor who you can support. But also listen to what they say they can bring as a mayor. Are they talking about governance and leadership, or about pushing their own barrow?

Disclaimer: I’m standing for Mayor of Kingborough in the October 2018 local government election. If you think I’ve got things wrong here, or that I’m not living by the values that I’m promoting, please let me know.

4 thoughts on “What does the mayor do?”