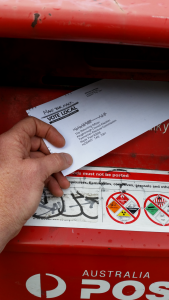 Next week you’ll get a ballot paper for the council election in the mail (if you live in Tasmania). If you post it back you’ll probably be in the majority – but only just.

I’ve been looking at the Election Report for the 2014 council elections. In Kingborough the Tasmanian Electoral Commission sent out 25 940  ballot papers and only received 13 955 back. That’s 53.80%. I wont fill this article with number, but the short version is that the over 65s vote a lot and the under 45s not so much. Then there were 193 people who voted but the TEC rejected their vote because they tore the wrong bit off the envelope (97) or didn’t sign it (84) or other reasons (12). Then a there were people who filled it in and posted it properly, but messed up in other ways – for example blank (2), ticks or crosses (13), scribble (33), two or more first preferences (20), not enough numbers (146), repeated numbers (313). 615 in total.

I get that some people decide not to vote, but what a shame that there are a bunch of people who went to the trouble to vote, even found a post box to put the envelope into, then their vote didn’t count.